The present research was a stage of the complex project on KOMPSAT-3 stereo images testing conducted by specialists of Racurs company in DPW PHOTOMOD.

The estimation of RPC accuracy and internal geometry of stereopair

10 well-recognizable terrain objects (building and fence corners, road intersections) were used as the ground control points (GCP) in the test. The coordinates of GCPs were measured on the images of the high accuracy aerial survey project.

In order to estimate the accuracy of DSM built by KOMPSAT-3 stereopair we used the reference DSM for the same area computed by the aerial survey project mentioned above (UltraCam camera). “Aerial” DSM has the cell size = 0.18 m while the “satellite” DSM cell size is equal to 0.7 m. Both DSMs were built by using the same SGM algorithm in PHOTOMOD 6.02 to make the experiment more objective. 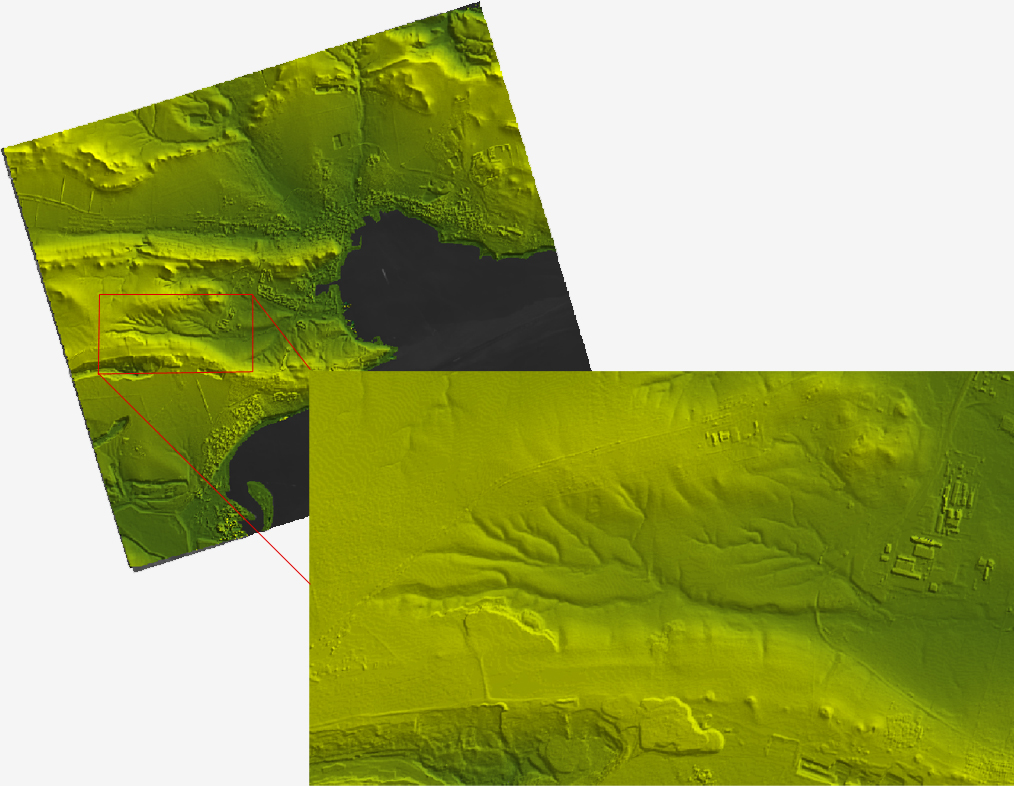 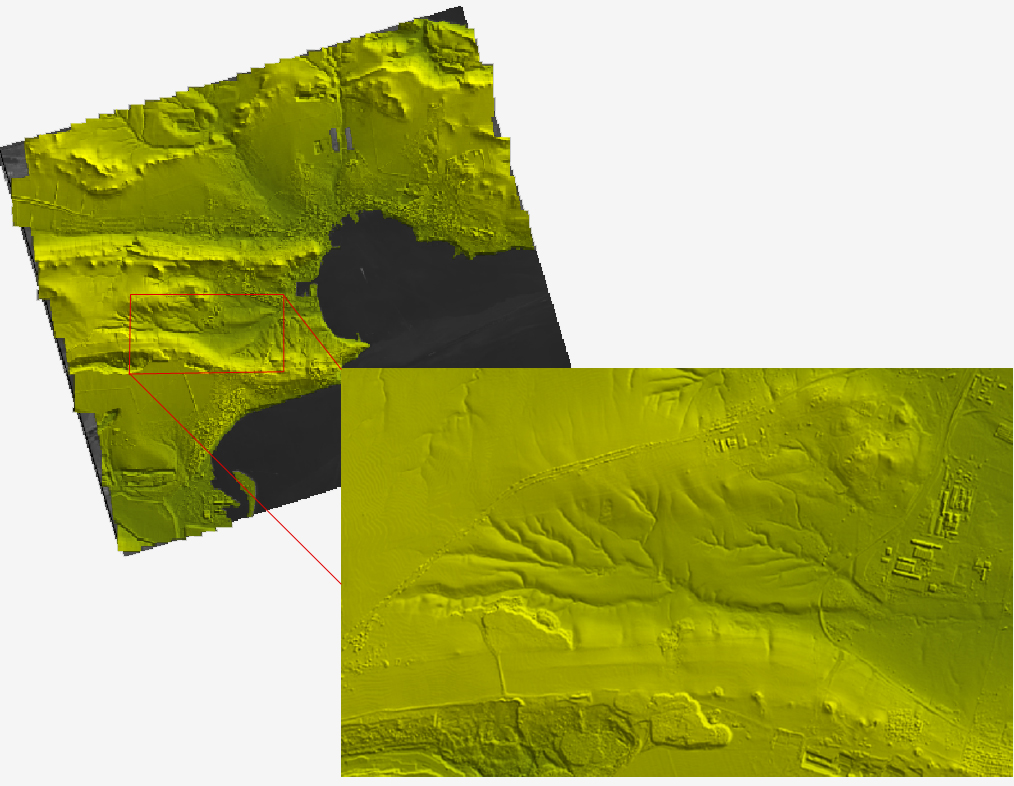 Fig. 2. DSM from the aerial survey. 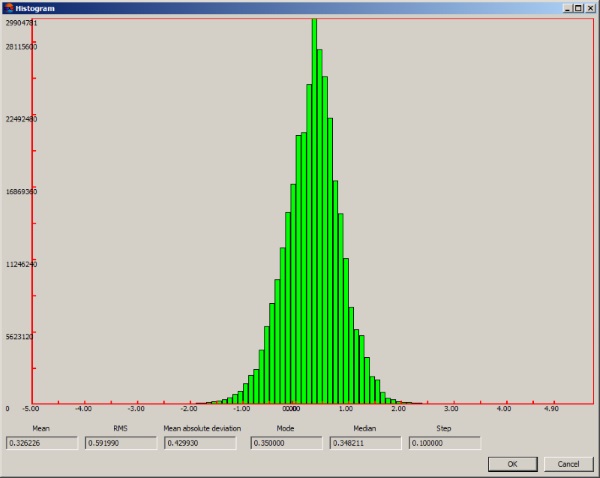 Fig. 3 Histogram based on a Difference DEM.

During the accuracy estimation the area was divided into three types according the following categories:
1. area with rivers and low degree of vegetation coverage,
2. rough terrain area with quarries, ravines,
3. urban area with city infrastructure (buildings, bridges, etc).

Taking into account these 3 categories histograms of Difference DEMs were created. Histograms are presented on Fig. 4 – Fig. 6. 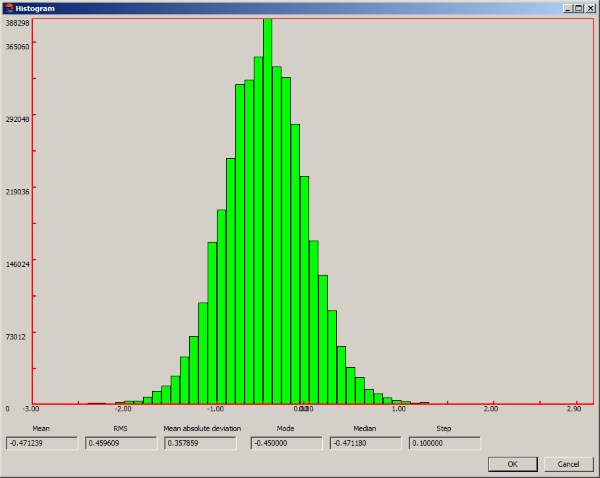 Fig. 4 Difference DEM for the Category 1 (area with rivers and low degree of vegetation coverage). 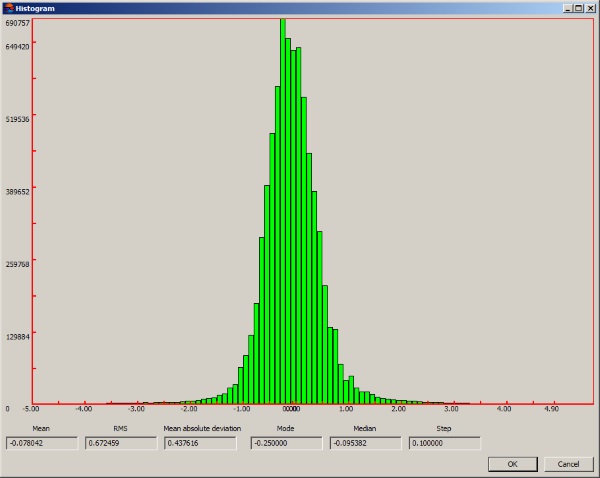 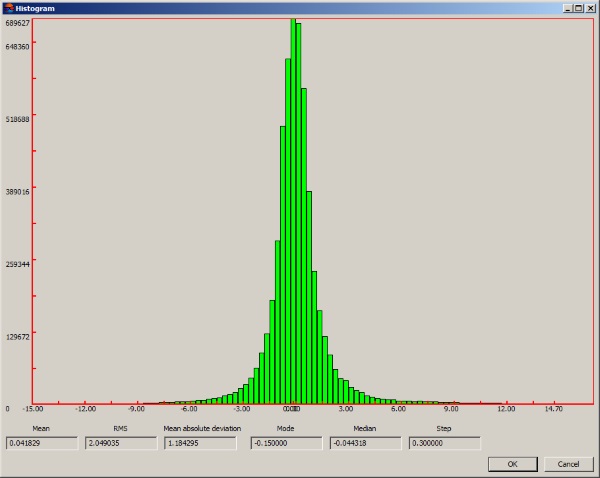 
After analyzing these histograms we can make the following conclusions:
1. Systematic DSM errors (both XY and Z) are very minimal (not greater than 0.2-0.4 m) that corresponds the adjustment accuracy and makes the further analysis possible;
2. All histograms have normal distribution shape typical for the case of random errors only;
3. Histograms from Fig. 4 – 6 look very similar but the histogram of the category 2 has more values over 2 meters in comparison with the histogram of the category 1. The main reasons of some inaccuracy in detecting edges of quarries are the big convergence angle and small number of images in the project (only two). As a result we have many blind areas over the stereopair;
4. Histogram 3 (Fig. 6) has maximim number of relevant exceeding 2 meters since the urban area has the biggest number of blind fragments.

These results of experiments enable to consider KOMPSAT-3 stereo images as a data with high geometrical quality. Vertical accuracy is differing in accordance with the area type:
RMSE = 0.46 m for area with rivers and low degree of vegetation coverage;
RMSE = 0.67 m for rough terrain area with quarries and ravines;
RMSE = 2 m for urban area with city infrastructure (buildings, bridges, etc).
Thus, RMSE for all plot area equals 0.6 m.

High vertical accuracy for this data is a result of geometrical quality and an optimal intersection angle = 44 degreases.